Title of Paper:
AI and Music Creation: Results and Challenges

Abstract: AI has been proved to be successful in most "well defined problems", i.e. problems for which there exist a well defined cost function. AI can also be used for ill-defined problems and creative tasks such as composing music and writing text, where there is no objective function to optimize. I will describe several AI projects that musicians have used to compose and produce successful music albums (Hello World and American Folk Songs). I will show in particular how AI can be used  creatively, emphasizing the use of Creative AI as a new generation of tools, rather than hit making automata.

François Pachet is a French scientist, composer and director of the Spotify Creator Technology Research Lab. Before joining Spotify he led Sony Computer Science Laboratory in Paris. He is one of the pioneers of computer music closely linked to artificial intelligence, especially in the field of machine improvisation and style modelling.

He has been elected ECCAI Fellow in 2014. 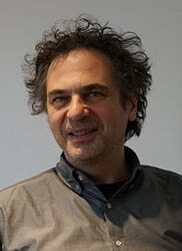